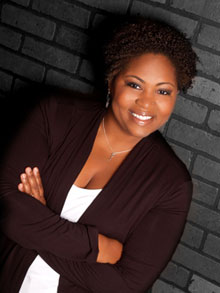 As a Black female graduate of a private, predominantly white elite boarding school, I can recollect instances of prejudice, racism, and sheer exhaustion! Having to negotiate three worlds, at least, (my Blackness, my femaleness, and my class status) was a heavy load to bear. There were also moments when I felt empowered. My experiences as a student and later teacher/administrator in private, predominantly white elite schools in both northern and southern cities led me to question if there are other women who have experienced similar feelings while attending private schools.

Dr. Russell holds a doctorate in Educational Policy Studies Social Foundations of Education from Georgia State University. She also holds Bachelors and Masters degrees in African American Studies from Temple University. Dr. Russell’s research interests include the use personal narratives as liberatory tools for women of color and womanist thought.

Dr. Russell lives in the metro Atlanta area with her husband Jason and their two children, Miles and Olivia.